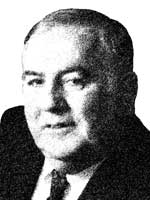 A bar leader and accomplished practitioner. In his service on the bench, he encouraged and guided new lawyers in ethical advocacy.

MCLE has joined together with the family, former colleagues and many friends of the late Charles S. Cohen (1931–2004) to commemorate Mr. Cohen’s remarkable intellectual achievements both as a judge and as a lawyer; and his ethical advocacy for the rights of others. Mr. Cohen, a former Hampden County District Court judge and a luminary of the Hampton County bar, passed away on February 16, 2004.

On the bench, Judge Cohen possessed a father’s concern for the rights of litigants before him. Many lawyers who appeared in Judge Cohen's courtroom early on in their careers recall that he recognized and affirmed great advocacy skills when he observed them; yet never was too busy to teach, encourage and boost the morale of those who lacked confidence in their abilities. An inspiration to lawyers as well as to his fellow judges, Mr. Cohen exemplified the role of judge as teacher. It is this spirit of education that MCLE has established the scholarship fund in his memory. Charles Cohen was a civil trial lawyer for most of his life. He served as a partner with several law firms in Springfield and Boston, including Bulkley, Richardson and Gelinas, Sugarman & Sugarman, and most recently with Egan, Flanagan & Cohen in Springfield, where he remained “of Counsel” even after retiring to East Orleans on Cape Cod.

Active in his civic and legal communities, Mr. Cohen helped to institute the Springfield Civic Center; served as bar president of the Hampden County Bar Association; was a member and former chair of the Massachusetts Bar of Overseers. He also served both as special commissioner to the Massachusetts Judicial Conduct Commission and as a member of the Judicial Nominating Council for Western Massachusetts.