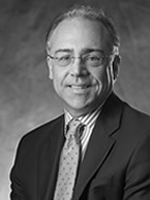 An exceptional trial advocate, a dedicated mentor of young lawyers, and a devoted family man, he left an indelible mark on all those around him with his modesty, intelligence, charm, and warmth.

A powerful advocate for his clients and an exceptional trial attorney, Tom was widely recognized for his passion, integrity, energy, and, most of all, fundamental decency. His modesty and even-headed manner set him apart from others, as his personal warmth and dignity made an enduring—and endearing—impression on all those he encountered, whether it was in the office, in the courtroom, on the soccer field, or in the stands at one of his children’s youth hockey games.

A graduate of Boston College in 1979 and Suffolk University Law School in 1982, Tom began his career as a clerk for the Chief Justice of the Rhode Island Supreme Court and went on to work as a public defender at the Committee for Public Counsel Services in Massachusetts. In 1986, he joined the Boston firm then known as Morrison, Mahoney & Miller, where, for the next twenty-four years, he specialized in construction and products liability law and became an integral member of the firm’s leadership. Tom’s achievements placed him among the best lawyers in Massachusetts, earning him the highest rating from Martindale Hubble and an annual spot on Boston Magazine’s “Super Lawyer” list from 2004 to 2009. Deeply committed to the profession, he played prominent roles in such organizations as the American Board of Trial Advocates; the Defense Research Institute; the International Association of Defense Counsel; the Massachusetts Bar Association; and the Massachusetts Defense Lawyers Association, where he served on the Board of Directors for many years. A former Vice-Chair of the Construction Law Committee for the Defense Research Institute, he also chaired the Construction Committee of the American Law Firm Association.

In addition to lecturing and publishing articles on the legal issues in the construction and insurance industries, Tom valued the opportunity to mentor young lawyers. He provided a model of decency and professional competence and, just as important, proof that one could be a highly successful and respected lawyer, a leader in local and national professional associations and, at the same time, a devoted family man, team photographer and sports fan who never missed one of his children’s games.

The Thomas C. Federico Scholarship Fund will endow scholarships for legal services staff attorneys, practitioners who accept pro bono cases, and other lawyers who, without financial assistance, would not be able to attend MCLE programs. At the young age of 52, Tom left us far too early. But in that short time, he also left an indelible mark. It is the hope of all those who helped create this fund that, by endowing scholarships to help train public interest lawyers who represent the poor, it will ensure that his legacy as a mentor of young lawyers continues—while at the same time stand as a fitting way to demonstrate our gratitude for his inspiring and remarkable example.