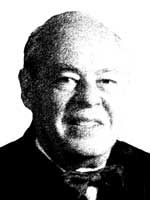 An even-handed and patient jurist who, as Mayor of Springfield in the l960s, worked to assuage that city’s racial tension.

The late Honorable Frank H. Freedman (1924–2003) was one of the most devoted justices of the U.S. District Court for the District of Massachusetts, whose service in the court began in 1979. The Honorable Frank H. Freedman Scholarship Fund was established in 2003 by some of Judge Freedman’s friends and former law clerks, to honor Justice Freedman’s achievements by extending CLE opportunities to lawyers who practice in the western part of Massachusetts.

A visionary for the establishment of the western division of the federal judiciary in Springfield, Massachusetts in the 1970s, Justice Freedman was respected by his colleagues as a learned, conscientious man; devoted to the bench and kind and compassionate to all who appeared before him. A native of Springfield, Justice Freedman graduated from Classical High School, served in the United State Navy from 1943 to 1946, graduated from Boston University School of Law and served the Commonwealth of Massachusetts as an assistant attorney general for western Massachusetts, as Springfield city councilor and as Springfield’s mayor from 1967 to 1972.