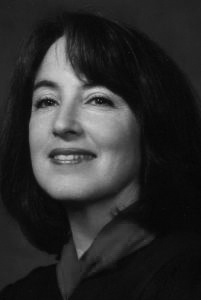 A courageous advocate for the civil rights of others and a trailblazer in the 1970s and 1980s, she developed a reputation as one of New England’s best and most influential trial lawyers. Renowned for her outspokenness as well as for her carefully considered and reasoned decisions, for over 17 years, she distinguished herself on the federal bench until her retirement in 2011 to teach at Harvard Law School. A self-proclaimed “unrepentant advocate,” she has received numerous awards throughout her impressive career, including the Margaret Brent Award from the ABA commission on the status of women, the Thurgood Marshall Award in 2008 for her tireless contributions in advancing human rights, the Morton A. Brody Distinguished Judicial Service Award from Colby College in 2010, the Massachusetts Bar Association’s Chief Justice Edward F. Hennessey Award for judicial excellence in 2011, the National Association of Women Lawyers’ Arabella Babb Mansfield Award in 2011, and the Women’s Bar Association of Massachusetts’ Lelia J. Robinson Award in 2012. Now a Senior Lecturer on Law at Harvard Law School and a prolific contributor to MCLE programs and books, she has devoted much of her career to teaching and inspiring others – locally, nationally, and internationally—to advance civil rights, civil liberties, and the rule of law.

The Honorable Nancy Gertner Scholarship Fund will endow scholarships every year to enable deserving lawyers who serve the public interest, including legal aid staff attorneys and practitioners who accept pro bono cases, to attend MCLE programs—a fitting tribute to a lawyer, jurist, teacher, and mentor who has been, and continues to be, a model for the profession and its highest ideals. The instrumental role Judge Gertner has served both in Massachusetts and nationally in advocating passionately for women’s rights, civil liberties, and justice for all makes the establishment of this scholarship fund, to help train lawyers who represent the poor and most vulnerable members of our society, a meaningful way to demonstrate our admiration and gratitude for her inspiring example.