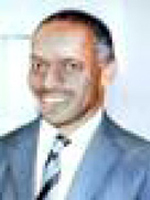 Known for his warmth and geniality, he served the court with pride for over thirty years and treated everyone with courtesy, respect, equality, and fairness.

As a result of a generous grant by the Austin Jones Foundation and with the support of its Trustees William Looney, Terry Philip Segal, and J. Owen Todd, Massachusetts Continuing Legal Education, Inc. (MCLE) is pleased to announce the establishment of the Austin W. Jones, Jr. Scholarship Fund to honor an outstanding member of the legal community who served the Federal District Court of Massachusetts in many capacities from 1950 to 1981. Born and raised in Boston, a graduate of the Boston Latin School, Boston College and Boston University Law School, Mr. Jones began as a part-time file clerk in 1950 and later became the Courtroom Deputy Clerk to the Honorable Francis W. Ford and then Chief Deputy Clerk in 1973, a position he held until his sudden and untimely death in 1981.

His charitable nature, genial character and generous spirit benefited the Court and those who appeared before it—lawyers and litigants alike—for over thirty years. He always made time to offer guidance and a helping hand to anyone in need. The ultimate professional, he treated everyone the same, with courtesy, respect, equality and fairness.

MCLE is proud to administer this scholarship fund in honor of a lawyer and public servant who believed deeply in continuing education and equal access to the justice system for all. The Austin W. Jones, Jr. Scholarship Fund will benefit legal services staff attorneys, practitioners who accept pro bono cases, and other deserving lawyers who, without financial assistance, would not be able to attend MCLE programs. It is the hope of MCLE and the Trustees of the Austin Jones Foundation that creating this fund in Mr. Jones’s name to help train lawyers who serve low and moderate income clients and give voice to some of the most vulnerable members of our society is a lasting and meaningful way to pay him tribute, honor his memory and help perpetuate within the legal community his legacy of generosity and kindness.

Created by a generous grant from the Austin W. Jones Foundation to honor the memory of Austin Jones and to serve as a vehicle to fund scholarships in perpetuity to MCLE programs with the purpose of furthering the education and professional development of the bar.