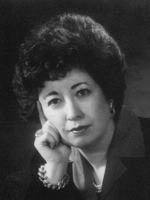 A lawyer’s lawyer, dedicated to the highest ideals of the profession, and an entrepreneur actively involved in furthering the development and use of innovative technologies.

MCLE is honored to administer the Gitta M. Kurlat scholarship fund to pay tribute to the achievements of a highly accomplished member of Boston’s legal and business community.

From 1966 to 1967, Ms. Kurlat worked as an instructor and research assistant at Boston University Law School. She then joined the firm Guterman, Horvitz, Rubin and Rudman, now known as Rubin and Rudman, where she was promoted to Partner after working as an associate attorney for three years. She remained with Rubin and Rudman until 1986, specializing in corporate SEC mergers and acquisition matters.

In addition to her success as a legal practitioner, Ms. Kurlat’s corporate expertise and entrepreneurial spirit have been a driving force behind several successful business ventures. In 1968, she co-founded Eikonix Corporation, a digital imaging and technology company, for which she served as director until it was sold in 1985 to Eastman Kodak. In 1986, after leaving Rubin and Rudman, Ms. Kurlat founded Kurlat Associates, a firm specializing in business, securities and international corporate law, and Kurlat Ventures, a venture capital company specializing in high tech industries.

Throughout her career, Ms. Kurlat has served in leadership roles in the Massachusetts, Boston and American Bar Associations and has been deeply committed to the integrity and the professional development of the bar. She has served as a member of the Massachusetts Board of Bar Overseers, and her involvement with MCLE dates back to its founding when she served as one of the organization’s early volunteer faculty members.

Established with a generous gift from Gitta M. Kurlat for the purpose of furthering the education and professional development of the bar, with additional contributions from: