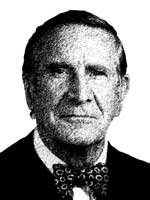 The Hon. A. David Mazzone Scholarship

MCLE joins with the family, colleagues, law clerks, and many friends of the Honorable A. David Mazzone to establish a scholarship fund in honor of this jurist who loved the law; who was committed to the betterment of the bar through continuing legal education; and whose love of people was reflected in the gracious way in which he lived.

In her eulogy to her father, Martha A. Mazzone noted the many “families” that Judge Mazzone had forged during his lifetime. As Ms. Mazzone remarked, “My father had so many families, in part, because he treated one and all with, at a minimum, respect and graciousness.” Judge Mazzone’s marriage to Eleanor (Stewart) Mazzone, whom he had met while she was attending Wellesley College, produced a family of seven children (three sons and four daughters) and nine grandchildren. The judge also counted among his families his beloved colleagues on the federal bench, his law clerks and devoted staff, childhood friends from his hometown of Everett, his Harvard classmates, his many close friends within Boston’s legal community, and his neighbors from Wakefield.

Born in Everett, Massachusetts on June 3, 1928, David Mazzone was a star football player for Everett High School. Shortly after graduating from Harvard College in 1950, he began his first job as a steel mill supervisor in Chicago, before being deployed for two years to serve with the United States Army during the Korean conflict. Upon his return to civilian life, he enrolled in the law school at DePaul University, where he earned his degree while continuing to work in the steel mill. He returned home to Boston to work as an assistant district attorney for Middlesex County and later, as assistant United States attorney under W. Arthur Garrity, Jr. After ten years in private practice in Boston, David Mazzone was appointed to the Massachusetts Superior Court in 1974. In 1977, he was nominated by President Jimmy Carter for a judgeship on the United States District Court for the District of Massachusetts, where he served until his passing in October of 2004.

Judge Mazzone is considered a hero in the environmental law community, having made landmark rulings in the 1980s and 1990s overseeing a federal lawsuit and implementing and monitoring a consent decree that resulted in the clean-up of a desperately polluted Boston Harbor. The clean-up was one of the biggest public works projects in the history of the world, and has given Boston back one of its greatest natural resources. Judge Mazzone was noted for the hands-on care that he gave to this case: Eschewing the appointment of a special master, he chose instead to oversee the clean-up personally and with the help of many dedicated law clerks and “sludge monitors.”

During his 26-year career on the federal bench, Judge Mazzone wrote many landmark decisions, including a 1991 ruling that found Eastman Kodak Company liable for infringing Polaroid Corporation’s patent on the instant camera. Considered required reading for every student of patent law in the nation, the case broke historic ground in its analysis of the intellectual relationship between innovation and invention.

Judge Mazzone’s graciousness and his sincere interest in people were acknowledged and admired by everyone who knew him; from defendants in his courtroom to fellow judges. Among his papers is a letter from a federal prisoner whom Judge Mazzone had sentenced to incarceration, thanking the judge in these words: “[N]ever before have I appeared before a judge who showed such impartiality, or who gave me such deference. Your Honor, I just wanted to say, ’thank you’ for treating me like I was/am a human being.” Judge Mazzone’s colleague and friend of 26 years, Chief Judge William G. Young has said of him: “If you believe judges are societies’ teachers, declaring our publicly held values, then David Mazzone was a magnificent judge, for he exemplified those values with his very being.”

MCLE honors the memory of Judge A. David Mazzone with a scholarship fund providing lawyers access to the highest quality of continuing legal education available in Massachusetts. Proceeds from donations made to the Hon. A. David Mazzone Scholarship Fund will go toward needs-based scholarships for lawyers who seek to improve their careers through continuing legal education. Donations to the Fund will be recognized as a gesture of respect to a person who gave so much to his family, his colleagues, his many law clerks, and most importantly, to the human beings who appeared before him in court and benefited greatly from his impartiality and grace.