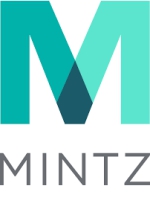 Since its founding in 1933, Mintz Levin has been a leader in the Massachusetts legal community with a strong commitment to giving back. The firm not only dedicates a large amount of time to pro bono matters each year, but in 2007 reinforced that firm-wide commitment by appointing a Pro Bono Partner to manage the firm’s extensive pro bono work—more than 400 cases—across all of its offices. In 2015, Mintz Levin furthered its long history of supporting pro bono advocacy by extending its support to the training of those who serve the poor with a pledge of $25,000 to MCLE’s scholarship endowment. As a result of the firm’s generous gift, the Mintz Levin Scholarship Fund will provide 10 scholarships to MCLE programs every year to deserving lawyers who serve the public interest, including private practitioners who accept pro bono cases and legal aid staff attorneys who serve those in need.

“Mintz Levin is proud to partner with MCLE in training pro bono and legal services lawyers to do the important work that they do, and we applaud MCLE for the foresight in creating—and continuing to build—this important endowment. At Mintz Levin, we believe that pro bono service and representing those in need, especially those who cannot afford legal services, are part of a lawyer’s professional responsibility as a member of the bar. This belief in contributing to the greater good holds as true today among the more than 450 attorneys who currently make up the firm as it did for Herman Mintz, Benjamin Levin and Haskell Cohn in the firm’s early days. Helping to train lawyers to serve the poor is a logical extension of Mintz Levin’s own pro bono efforts, and joining MCLE, the organization that Haskell Cohn, himself, helped to establish as one of the original incorporators in 1969, to do this is particularly fitting.”

MCLE’s Board of Trustees thanks Mintz Levin and all of the firm’s partners for its leadership gift and for helping MCLE in its efforts to build its endowment so that the Commonwealth’s most needy have access to the best trained lawyers.

Established with a generous gift from:

Additional contributions made by: