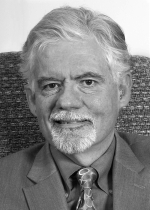 An innovative leader in continuing legal education whose vision and steady hand has guided MCLE into national recognition and excellence.

Massachusetts Continuing Legal Education, Inc. (MCLE) is pleased to announce the establishment of the John M. Reilly Scholarship Fund. On its own initiative, MCLE’s Board of Trustees, through personal contributions from all of its members as well as additional gifts from many former Trustees, established this new fund as a way to honor and express its appreciation to Jack Reilly, who has led the organization as its Executive Director for more than 35 years.

Since Jack began at MCLE in 1977, the organization has become the premier provider of continuing legal education in Massachusetts and a model CLE organization across the country, repeatedly recognized for its excellence. Under his stewardship, the organization has grown immensely, presenting over 250 programs per year and publishing 170 practice manuals upon which so many lawyers rely. And, within the last decade, the organization has expanded its geographical and technological footprint by extending its publishing capacity to other New England states and making its programs and books available in various electronic formats.

Daniel L. Goldberg, Esq., MCLE’s Immediate Past President, who announced the creation of the fund at a past Board meeting, describes:

“It was wonderful to see the surprise on Jack’s face when we presented him with the scholarship fund, as well as our decision to name the second floor classroom after him, for all he has done for MCLE over the past three decades. Frankly, such recognition of Jack’s extensive contributions to MCLE, both past and continuing, is much overdue. As a member of the Board for the past ten years—president for the past two—and an MCLE faculty member for much of my career, I’ve experienced first-hand the amazing work MCLE does for the legal community and have always walked away from every encounter duly impressed. The key to MCLE’s success lies with Jack Reilly and his vision for the organization. Given Jack’s commitment over the past several years to build a $5 million endowment to fund 2,000 scholarships annually to MCLE programs for legal aid staff attorneys and pro bono lawyers, the Board felt that this gesture was particularly fitting and meaningful. It is our hope that others in the legal community who have benefitted from Jack’s steady leadership of this organization will contribute to the fund to help us honor him and grow the scholarship endowment to provide more training opportunities for lawyers who serve the public interest.”

The John M. Reilly Scholarship Fund will endow scholarships every year to enable deserving lawyers who serve the public interest, including legal aid staff attorneys and private practitioners who accept pro bono cases, to attend MCLE programs—a fitting tribute to a leader who has committed his entire career to continuing legal education and the professional development of the bar.

As we continue to build this fund, please join us in honoring Jack by making a tax-deductible contribution to the John M. Reilly Scholarship Fund.