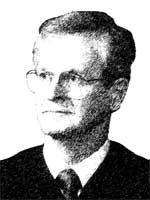 Admired for his evenhanded, eloquent opinions, he was a judge who tempered intellectual gravity with profound humility.

MCLE and the family, colleagues, law clerks and many friends of Hon. Walter Jay Skinner have joined together to establish a scholarship fund in the late jurist’s honor. The Honorable Walter Jay Skinner Scholarship Fund celebrates the life and work of a judge known for his intellect, his generosity, and his profound respect for the human dignity of the litigants who appeared before him in the U.S. District Court for the District of Massachusetts.

Born in Washington, DC, and a long-time resident of Massachusetts, Judge Skinner was known by many for his superior work ethic. In his personal life, his eloquence and creativity were apparent through his writing and painting. Judge Skinner’s memory lives on through his wife, Sylvia; a daughter, Sarah; three sons, Stephen, Jonathan and Thomas; and five grandchildren. He is fondly remembered by colleagues; and especially by the many lawyers who had the honor to clerk for him over the years.

Judge Skinner was a senior United States District Court judge, having been appointed to the federal bench in 1974. Prior to his work as a federal court judge, Judge Skinner served the Commonwealth of Massachusetts as an assistant attorney general under Edward W. Brooke, heading up that office’s criminal division, and earlier as an assistant district attorney for Plymouth County. Directly after graduating from Harvard Law School in 1952, he entered into private practice in the offices of Gaston, Snow, Rice & Boyd and later, in his own law firm.

Judge Skinner presided over many notable cases during his career as a judge, including a complex land dispute brought by the Wampanoag tribe of Mashpee, the controversial Woburn superfund case, and a landmark decision concerning deplorable conditions in Norfolk and Essex County jails.

In a tribute to Judge Skinner on the occasion of the Judge’s 30th anniversary on the bench in 1994, former law clerk Will Brownsberger said, “He remains for me the epitome of what a judge should be—serious, fair, unimpressed by air, but free of arrogance and endowed with both humor and a feel for the real meaning of our Constitution.” Former law clerk Jackie Frankfurt likewise spoke of Judge Skinner with the highest regard: “It is rare to see a judge with such integrity, intelligence and - truly unique—lack of ego. I feel lucky to have had the opportunity to work with a man devoted solely to resolving the dispute before him in a manner that is thoughtful, fair and just—both for the parties and for society at large.”

The Honorable Walter Jay Skinner Scholarship Fund will help to provide lawyers with access to the highest quality of continuing legal education available in Massachusetts.