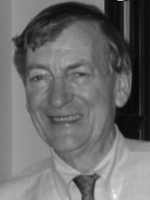 Tireless champion of equal justice under the law, relentless advocate for the indigent, and model teacher and mentor.

A 1970 Harvard Law School graduate, Browny spent the majority of his 40-year career as a public defender representing the indigent. A giant in the criminal law and appellate practice bars, he served as chief of the Massachusetts Public Defender Appeals Unit at the Massachusetts Defenders Committee (later the Committee for Public Counsel Services) since 1979, in which capacity he appeared for the defendant in over 200 oral arguments in Massachusetts appellate courts.

His influence on the legal system and the practice of law in Massachusetts extends beyond his advocacy for equal justice and the constitutional rights of the accused. Appointed executive director of the staff of the Select Committee on Judicial Needs (the Cox Commission) in 1976, he played a direct role in the subsequent passage of the 1978 Court Reorganization Act, which transformed the structure of the Massachusetts court system. He provided guidance and assistance in the case of Lavallee v. Justices in the Hampden Superior Court, which resulted in the Supreme Judicial Court’s historic 2004 decision that the inadequate hourly rates of assigned criminal defense counsel violated the constitutional right of indigent defendants to the effective assistance of counsel and led to an increase in hourly rates received by assigned counsel. Moreover, he devoted much of his career to training, mentoring, and inspiring other lawyers, beginning in 1974 as the training director of the Massachusetts Defenders Committee, where he developed that organization’s first comprehensive training module. He was also an active participant in CLE programs around the state, including at MCLE, where he presented in more than a dozen criminal and appellate practice programs.

For his outstanding service as a lawyer and advocate, he received many awards and honors during his impressive career, including the National Legal Aid & Defender Association’s prestigious Kutak-Dodds Prize in 2005 for his significant contributions to the enhancement of human dignity and quality of life of those persons unable to afford legal representation and his outstanding dedication to the pursuit of justice for America’s low-income communities. More locally, he received CPCS’s Edward J. Duggan Award in 1988, the Boston Bar Association’s John G. Brooks Award for Legal Services in 1996, CPCS’s Clarence E. Gideon Award for Outstanding Public Service in 2013 and, during that same year, was the first recipient of the Massachusetts Association of Criminal Defense Lawyers’ newly-created Brownlow M. Speer Award for Appellate Advocacy.

The Brownlow M. Speer Scholarship Fund will endow scholarships every year to enable deserving lawyers who serve the public interest, including legal aid staff attorneys and practitioners who accept pro bono cases, to attend MCLE programs—a fitting tribute to a remarkable advocate who dedicated his career to representing low-income clients and to training others to do the same, as well as a meaningful way to demonstrate our admiration and gratitude for his inspiring example.

Browny touched and influenced the lives and careers of so many in the legal community. As we continue to build this fund in lasting tribute to him, please join us in honoring him by making a tax-deductible contribution to the Brownlow M. Speer Scholarship Fund.