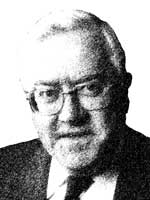 Known for his incisive reasoning and quick wit; he has fostered closer relationships between bench and bar, the public and the press.

The establishment of the Honorable Herbert P. Wilkins Scholarship Fund both evidence and embodies the distinguished career of the former Chief Justice of the Supreme Judicial Court of Massachusetts. The Fund was created through the generosity of Palmer & Dodge, the firm at which Justice Wilkins practiced prior to his appointment to the SJC in 1972.

By providing scholarships to practitioners in the Massachusetts legal community, the Honorable Herbert P. Wilkins Scholarship Fund will contribute to the educational goals that Justice Wilkins has long espoused (and continues to espouse) as practitioner, educator and judge.

As practitioner, Justice Wilkins emerges as a strong and influential force at Palmer, Dodge, Gardner & Bradford (a predecessor firm to Palmer & Dodge) after joining the firm in 1954 and becoming partner in 1960. Along the way, he developed an expertise in insurance law and several other areas of practice.

As educator, Judge Wilkins served for nearly three decades on the Supreme Judicial Court of Massachusetts. In so doing, he followed the footsteps of his father, Chief Justice Raymond S. Wilkins, who also first practiced at Palmer & Dodge before serving on the SJC for many years with distinction. So did his son. In the years following his appointment to the SJC in November 1972, Justice Wilkins issued a series of notable opinions, both in the majority and in dissent. He also contributed to the Court in many other ways, such as his long chairmanship of the Supreme Judicial Court Rules Committee. He capped his distinguished career on the bench by serving as Chief Justice of the SJC form 1996–1999.

Justice Wilkins has spend his “retirement” years teaching at Boston College Law School and leading an array of legal and business initiatives such as the Massachusetts Health Care Task Force. He is an alumnus of Phillips Exeter Academy, Harvard College, and Harvard Law School.

Established by a leadership gift from Edwards Angell Palmer & Dodge LLP in honor of the firm’s former partner, along with additional contributions from: